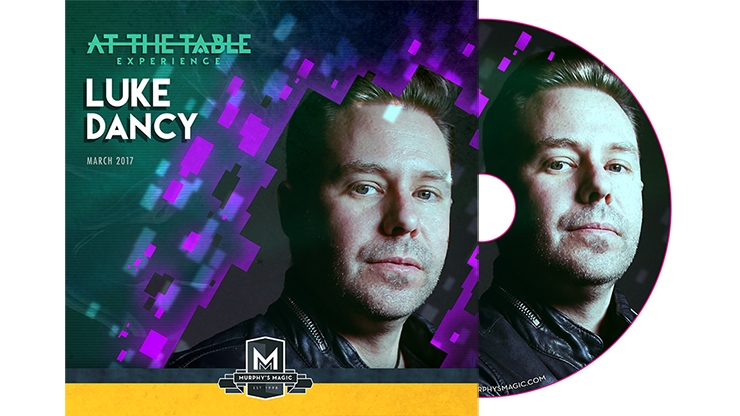 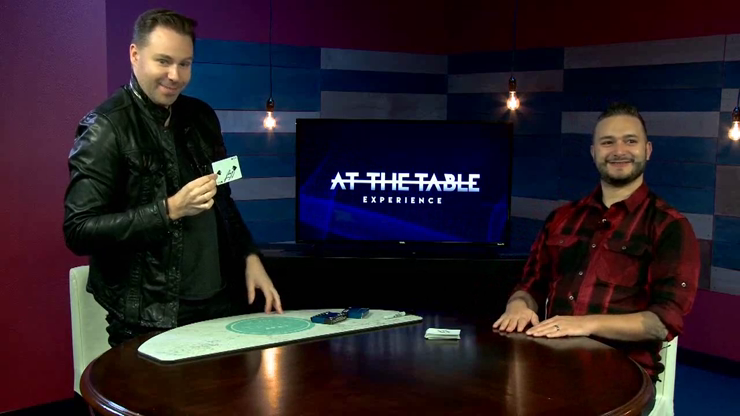 Originally from North Carolina and now living in Las Vegas, Luke Dancy has spent the last 30 years as a performer, creator, and consultant for Criss Angel. With a love and passion for magic that is contagious, we invite you to join us At The Table with the man behind the mischief, Luke Dancy.

Magic with double-stick tape is something that Luke has become known for over the last 20 years. He'll be sharing the RIGHT way to use it, along with a few routines that show just how versatile this simple 'gimmick' can be. The other half of this lecture includes moves and routines that Luke has created, using nothing more than an ordinary deck of cards. Here's what you'll learn:

4 Piles: Ever wonder what to do when someone hands you a deck of cards on the spot? Get ready to learn an impromptu revelation of a 4 of a kind that happens in the spectator's hands. They make ALL the choices, but you end up with an impossible ending that they never see coming.

Sandwich Way Did They Go?: You've seen sandwich routines, but never before like this! This is the original that sparked versions from magicians such as Chris Mayhew and Tom Stone. Along with this routine, you'll also learn Luke's BOLD way of forcing cards that has fooled magicians and laymen alike!

Compressed Deck: Learn the sequence that Luke has created and used for the past 15 years. This routine causes cards to appear from nowhere or transpose with other cards. You'll learn 2 different routines, using the concept that Luke has used to fool some of the best minds in magic.

Painter's Nightmare: You've heard people say that they've drawn a blank, but we know that it's all just a saying... until now! Remove the ink from cards, or use this sequence to do one of the best versions of Reset you've ever seen!

Stuck on Daley: Luke has combined 2 of his favorite plots into one stunning routine. Learn an incredibly fair transposition that ends with a signed card appearing in an impossible location. For the first time, you will also learn the unpublished, impromptu version that Luke has been using for the last 10 years.

On the DL: This is an incredibly easy and fooling control that you'll be doing as Luke shows you how it works. A clever use of discrepancies and techniques that allows you to focus on the performance rather than the difficult sleight of hand you're used to using.

Under Control: A control that you'll swear is NOT happening! Luke worked together with Daniel Garcia on this control 15 years ago, and he's been refining it ever since. One of the most fooling and convincing controls around.

The Oversight Control: For the first time on video, this is the control Luke has only shared at lectures and with close friends. Cheeky, fooling and deceiving are a few of the words mumbled by people that have seen this one performed.

Thoughts on the Double Lift: Along with the tricks being taught in this lecture, you'll also hear an in-depth talk from Luke about one of the most-used moves in card magic that gets the least amount of attention. Learn the inner details, thoughts and techniques that Luke has used over the last 10 years to work on the push-off double lift -- many people call his double lift the best they've ever seen!