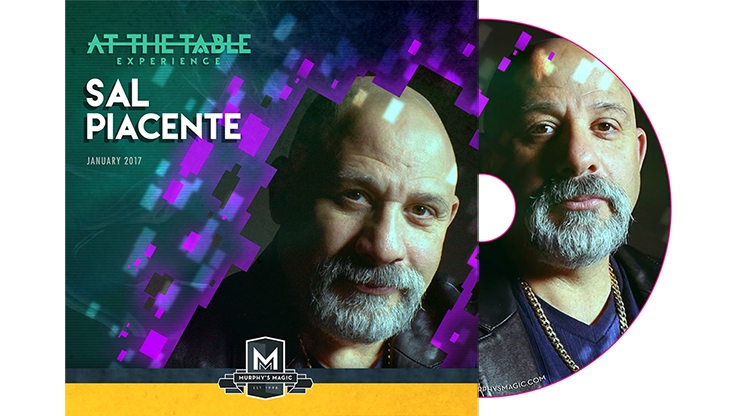 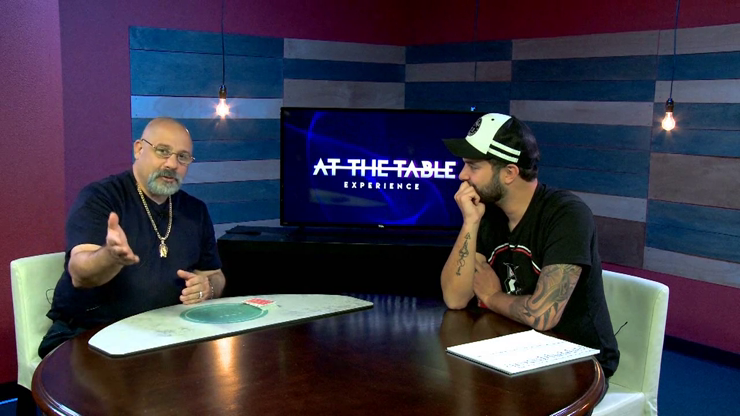 Sal "The Hitman" Piacente, is more than just a magician, he's a real miracle worker. A leading authority in the world of card cheating, Sal's been on notable TV shows, including Travel Channel's Game On, America and National Geographic's Casino Wars. Off-air, Sal channels his twenty-six years of experience into lecturing, as well as teaching the Casino industry how to expose card cheats. And now he's joining us At The Table to reveal how to use those same card techniques to create real moments of impossibilities for your audiences. Here are a few things you'll learn:

The Poker Routine: Sal's version of the Vernon Poker deal with an impossible ending. Sal deals five poker hands, with each hand getting stronger than the last. When he flips his hand over, there is only one card in the deck that will allow him to win. Sal hands the deck to the spectator, who deals down to any random card, flips it over and it is exactly the one card in the deck Sal needs to win.

Sal's Ace Openers: Sal discusses how to quickly open a set by finding 4 aces. Sal covers a number of methods, and one whereby the spectator freely shuffles the deck.

A Hold'em Stack: Sal shuffles the deck and deals out a poker hand. Sal deals a pair of aces to his partner at the imaginary poker table, and then lays down a pair of aces on the flop for a big win.

Four Ace Routine: Sal magically finds each ace and throws them into the middle of the deck one by one. All the while, all four aces are controlled to be able to go into any other Ace routine.

Memory Opener: Sal takes out a packet of cards and looks at them for only a second. The spectator removes a card, and Sal is able to determine which card is missing. He repeats the effect two more times, this time with larger packets and a greater number of cards being removed. It's as magical as it is impossible.

Binary Blockbuster: Two spectators think of opposite color cards. Sal spreads the cards, turns away, and the spectators secretly switch the two cards they thought of. Sal then randomly deals down the cards face down into two piles, and when he flips them over, he's miraculously separated the red and the black cards - the only exception is the spectators' chosen cards. It's a unique oil and water meets triumph effect.

4 Pocket Clocking: Sal deals out three packets of cards of varying sizes, and places the rest of the deck on the table. He briefly looks at the cards, and has the spectator remove a card from each pile. Sal looks at the cards again and is able to determine which card is missing.

Altered Traits: A four-card packet trick with blue-backed cards. One by one, each face down card turns over magically, until they all turn face up. When you flip all of them them over, the blue-back cards are now red.