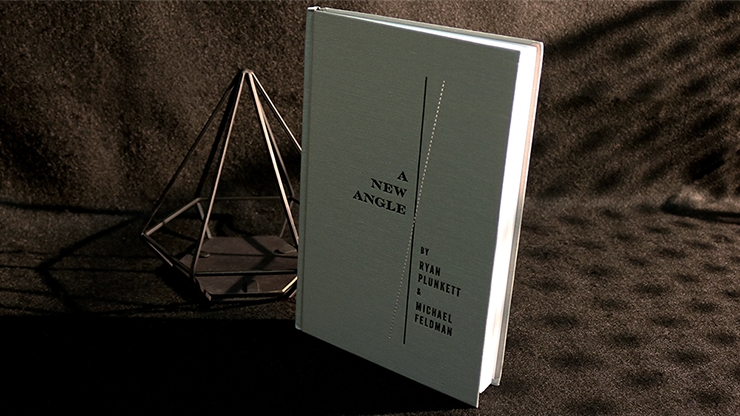 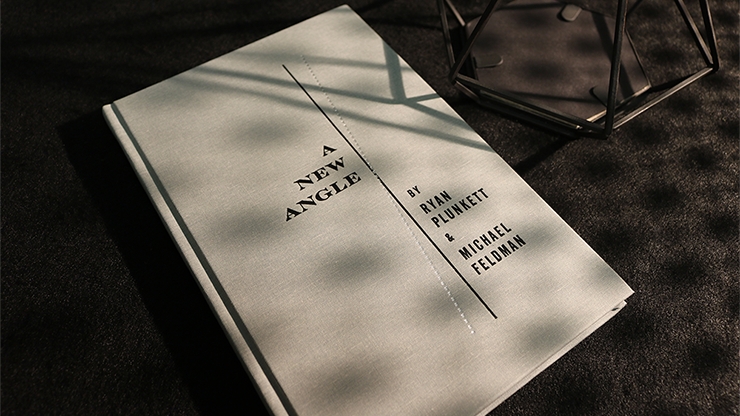 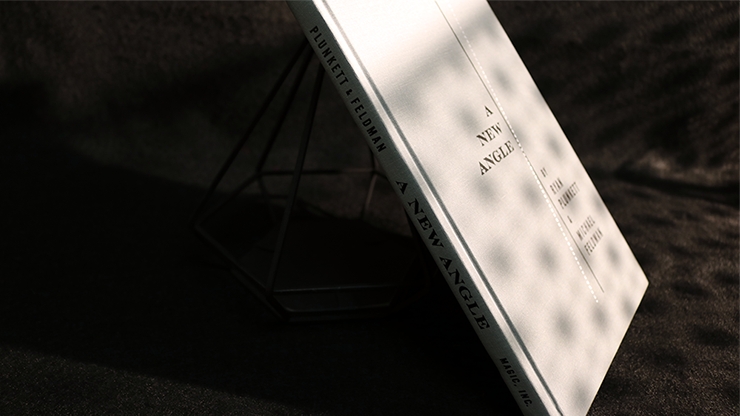 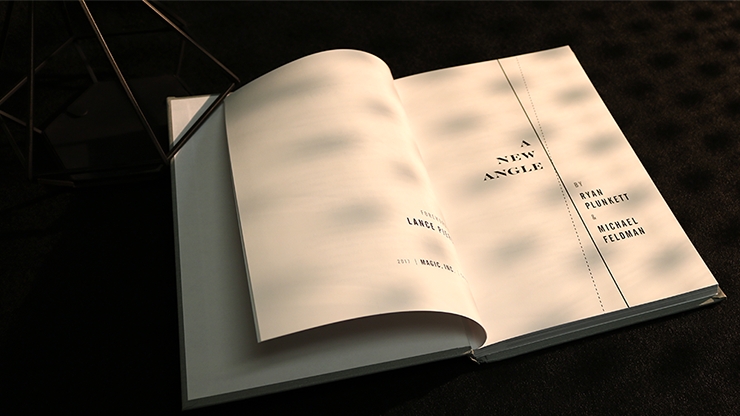 "A New Angle is full of thoughtfully constructed routines that will not only entertain and fool, but will naturally inspire you with creative possibilities."
- Daniel Garcia

A New Angle is filled with magician foolers, hard-hitting practical effects for laymen, and off-the-wall new ideas to springboard your own creativity. Many of the effects are all three of the above. That's because the authors have dusted off a secret weapon that you probably already have buried in the back of your magic drawer: The Stripper Deck (AKA the Tapered Deck, Shaved Deck, Wizard Deck).

By combining subtleties, sleight of hand and new ideas with this nearly forgotten tool that every serious magician already owns, Ryan and Michael will show you how to unlock mind-blowing effects you never thought possible. They invite you to work through the material proposed and search for your own angle in other overlooked places.

What the pros are saying:

"A New Angle strips the dust off of a forgotten gem-something that delighted and deceived you when you first saw it utilized. Ryan and Michael have taken this angled artifice and have added their creativity to it. This book is worth studying-you will be inspired to grab your old deck and make something new!"
- Jim Krenz

"Plunkett and Feldman have helped wipe the dust off a widely unused tool. The results: a strong collection of fooling card magic."
- Jared Kopf

"This is the real work on an overlooked principle. I was delighted with the routines and the thought that Michael and Ryan put into this collection."
- Joshua Jay

"They smoked me even when I knew they were using strippers. Imagine when I didn't!"
- Tyler Wilson

"Great ideas that turn a classic into a miracle."
- Marcus Eddie

"A New Angle is long overdue. It won't collect dust on your bookshelf--just like your stripper deck will no longer be hidden away in your drawer. Diabolical stuff."
- Steve Reynolds

"The Feldman and The Plunkett have cut every corner to bring you the most cutting edge angles on the stripper deck. Around every corner is just more awesome with a tapered side of awesome! I thought this book was about strippers? What am I going to do with all the old crinkled one dollar bills I've been saving?"
- Ricky Smith

"Ryan and Michael have put together a superb collection of work dedicated to rediscovering and developing a very old tool. It's inspiring to see what they did with what the magic world has deemed pedestrian and obsolete. This project invites you to work through the material proposed and search for your own angle in other overlooked places."
- Pipo Villanueva

Ryan Plunkett is a Chicago-based close-up magician who has been performing for the past two decades. Ryan is also a highly sought-after magic consultant and magic creator. A New Angle is Ryan's second published work and follows his debut book, Some Assembly Required. Ryan is a Founding Ensemble Member of the Chicago Magic Lounge, a show aimed at reintroducing the art of Chicago-style magic to local audiences and to establishing a home for the Chicago magic community.

Michael Feldman has been performing and creating magic since he was 13 years old. He performs regularly at the prestigious Magic Castle in Hollywood, Monday Night Magic-New York's longest-running Off-Broadway show, and traveling the world on board Crystal Cruise's luxury ocean liners. Michael has published a book of his effects called The Opposite of People. Additionally, Michael has released his breakthroughs and techniques with Dan and Dave, Blue Crown, and MAGIC magazine.