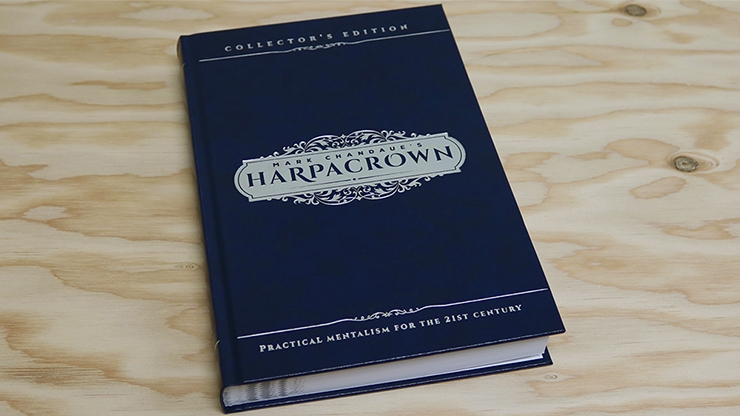 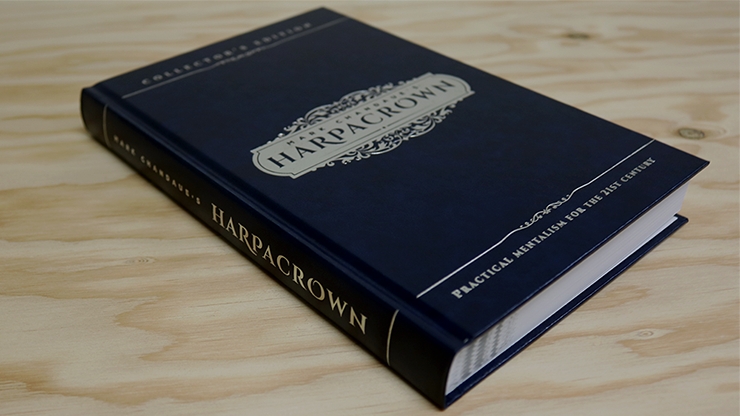 "The way Mark considers and builds routines is an absolute joy to experience. I can genuinely say it's changed the way I perform for the better."
- Darren Woolf

"You really can feel Mark's incredible passion for our art form emit from each page. This volume will sit very comfortably amongst my prized possessions that's for sure."
- Steve Haresign

"This will be the book to buy this year!!! Get this while you can, I love it already!!!"
- Darren Rotherham

"Well all I can say is this book is written from the heart. No mere collection of effects. This is a tome filled with emotion and love. This will sit in my elite section."
- Stephen Young

"I know Mark from long time and he always amazed me with his clever thinking. This book is a labor of love, you will find a collection of professional routines and ideas that will go straight into your repertoire."
- Luca Volpe

"Whilst some mentalists simply perform to make a living, Mark is one of the rare few that lives to perform. Mark's high level of passion for this art is both clear and evident on each and every page within this book and the quality of the routines, scripting and principles is outstanding (the Chandaue Switch and Numbers being two of my personal favorites). Harpacrown is an emotional powerhouse of a read and deserves to sit pride of place within your personal library!"
- Michael Murray

"I'm impressed! Brilliant thinking both inside the box and outside the box. Get it now!"
- Marc Salem

The descriptions of many of these chapters have been taken directly from reviews to give a readers eye view of the contents.

Introduction
Within the introduction, the reader is presented with many interesting facts about Mark's past, his father, and even the origin of the name Chandaue.

Ross Chandaue
Mark dedicates his second essay solely to his father, Ross. This man's incredible story is inspiring to say the least.

The Chandaue Switch
A very innocent and invisible coin switch that nobody will see coming. It looks like you simply pick up a coin and display it in your clearly otherwise empty hand, and yet the switch is done.

Melt
Phase 1 prediction piece, where you predict the date of a coin. Phase 2 the coin is then bent with no apparent moves.

Push
A great coin bending routine that you can perform on the street or when strolling. You cause one coin to bend, then you cause multiple coins to bend at once.

First Date
The effect is that a prediction is placed in full view; the spectator dumps all of their loose change on the table. A coin is selected from this loose change. The date on the coin matches the prediction.

Second Date
A date prediction of a freely selected coin that the performer never touches.

Magicians Guilt
Mark examines this topic of magician's guilt in practical terms, providing real world examples and concrete suggestions for overcoming the negative impact this guilt can have on performances.

Numbers
This routine is KILLER! Absolute Killer!!!! The effect uses multiple spectators to generate some very random lottery numbers, and hits them right between the eyes that you have predicted the numbers they would choose on a genuine lottery ticket.

Pictures
A spectator makes a drawing on a business card and places it into their pocket while the mentalist's back is turned. The mentalist duplicates the drawing. This routine covers four different handlings which cover different skill levels and performing scenarios.

Getting to Know You From Memory
A take on Fraser Parker's excellent Memoria. The effect is that a participant selects a card and thinks of a memory, the performer then reveals both.

Going Pro
If you want a sobering wake-up about the ideal of "Going Pro," Mark attempts to keep us grounded in the realities that go with living in the shoes of a professional magician/mentalist.

Respecting the Art
In this essay Mark talks about the value assigned to things. Mark discusses the value of secrets in magic and mentalism years ago when they were not as accessible to today when a dozen or fewer keystrokes and a click on YouTube gets you all of the secrets you could want.

Lunch for Two
A take on the Out to Lunch principle and includes three different effects.

3 Course Lunch
This is an update to the Out to Lunch principle that increases the number of possible outcomes.

Scrap it Principle
This is a simple way to invisibly get information from a spectator for free.

Making Sense of it All
Mark redefines "magician thinking" with a story of his first magic convention. Mark also walks the reader through his creative process.

Thought Stacking
Thought stacking is a principle of using information you already know to obfuscate the method used to get information that you don't know.

Commercial Effects
This chapter covers a take on some commercial effects. Mark does not cover the actual method for these effects. He merely offers a presentation, twist or enhancement.

Brain Farts
This chapter is called brain farts because the routines have not been fully audience tested and whilst Mark is unlikely to further develop these ideas he does feel that they have some merit and could be a great starting point for others to build on.

Dicing with Death
A stage Kurotsuke routine involving 6 spectators where you determine the killer, the victim, the motive and the method as well as who is lying and who is telling the truth. This is a full stage performance piece.

WWPTD
An essay on making the most of small pieces of information and structuring a routine to disguise even a simple method.

Numismatist by Mark Elsdon
Mark Elsdon consistently creates workable routines and this one is a stunner. A three phase mentalism routine with coins where each effect is more impressive than the previous one culminating in a fantastic finale which leaves the final prediction on their phone as a reminder of the experience.

One Thought Across by John Carey
John Carey is well known for creating commercial practical and direct routines. Here John applies a mentalism theme to a classic card plot.

Thought Unlinking Principle by Michael Murray
Michael Murray's genius is legendary and it is things like this principle that has justifiably earned him that reputation. This principle enables you to get so far ahead of the spectators its not even funny.