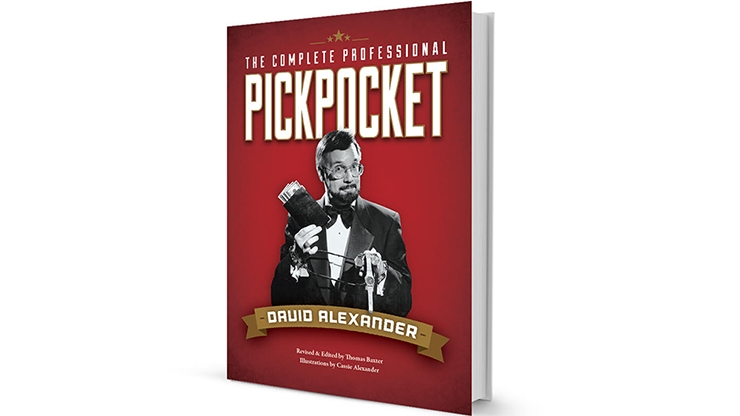 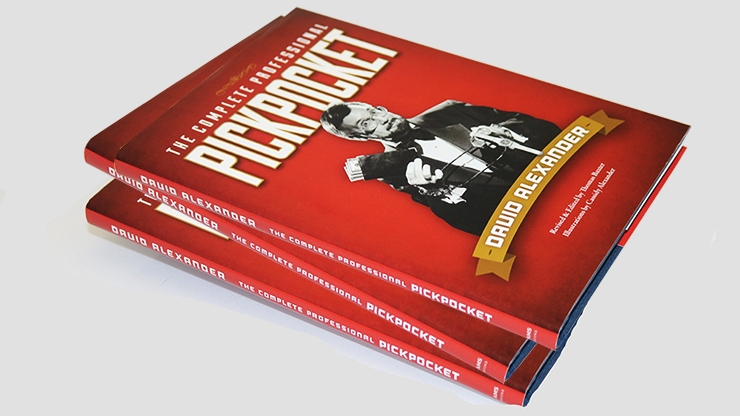 In the 1970s David compiled copious notes on the Stage Pickpocket Act. In those chapters he shared a lifetime of insight and experience gleaned in the world of the Stage Pickpocket, also delving into his background as a Private Detective who had access and inside knowledge of the world of Street Pickpockets. This hard-cover book incorporates David's earlier writing on the subject, edited and updated with all new illustrations by his wife, Cassidy Alexander. It includes all of the principles upon which David based the act that took him around the world.
Evaluations 0
Read, write and discuss reviews... more
Close menu
Customer evaluation for "The Complete Professional Pickpocket book by David Alexander - Book"
Write an evaluation
Evaluations will be activated after verification.
Customers also bought Customers also viewed
Customers also bought
Customers also viewed
Al Koran Professional Presentations by Hugh...
€22.95 * €34.95 *
Horace Bennett's Prize Winning Magic...
€8.95 * €19.95 *
Phantom of the Card Table, Critical Edition by...
€38.95 *
The Unmasking of Robert Houdin (Deluxe) by...
€49.95 *
A Pocketful of Miracles (Limited/Out of Print)...
€29.95 *
Best Sellers (Limited/Out of Print) by Tom...
€29.95 *
Magic of Frederica (Limited/Out of Print)...
€29.95 *
Conjuring (Limited/Out of Print) by Eric...
€14.95 *
PRISM The Color Series of Mentalism by Max...
€59.95 *
Dai Vernon's Tribute to Nate Leipzig - Book
€40.00 *
SWITCH - Unfolding The $100 Bill Change by John...
€49.95 *
The Complete Ganson Teach-In Series by Lewis...
€79.95 *
NLP & Magic, other secrets by Benoit Campana -...
€35.00 *
Intimate Mysteries by Chris Philpott - Book
€59.95 *
Bruce Cervon Castle Notebook, Vol. 5 - Book
€250.00 *
Viewed
Trusted Shops Reviews Toolkit: 1.1.7