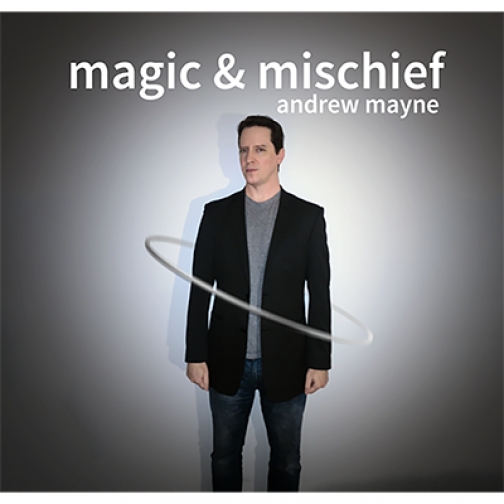 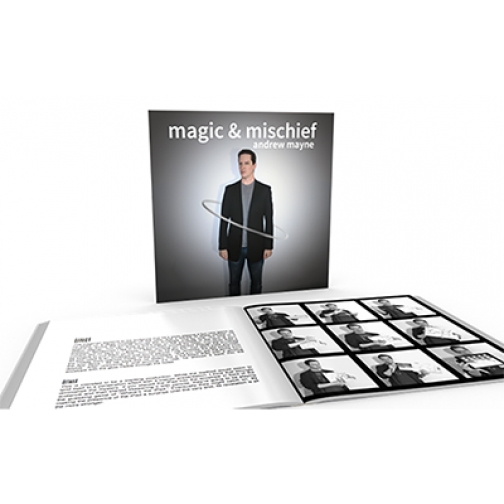 Make a hula-hoop mysteriously float around your body?

Perform a stunt with handcuffs that doesn't require any lockpicking skills or hidden keys?

Then check out Andrew Mayne's new magic book, Magic and Mischief, for all that and more!

Whether you're performing a corporate show or a backyard party, Magic & Mischief is highly visual and extremely original. These are effects from Mayne's personal repertoire he's used around the world.

Along with hundreds of photographs and step-by-step instructions, full performance scripts are included for nearly an hour of material!

iPain: Produce an iPad from an envelope skewered with sharpened pencils.

Poltergeist: A haunted hula-hoop levitates around your body proving that your childhood invisible friend is real!

Bowling Ball Teleportation: Make a ten-pound ball shrink and fly through the air to the other side of the stage.

Warranty Violation: A Russian roulette routine involving a spectator's phone and a cup filled with water with a surprise ending.

Entrapment: Perform a handcuff escape where the goal is two spectators freeing themselves from an awkward and unwanted relationship you inflicted on them.

Mobius Ring: Two giant loops of paper link together, trapping a spectator's borrowed ring in between them.

The Unicorn Trick: Convince your audience they've been graced with the presence of a magical unicorn.