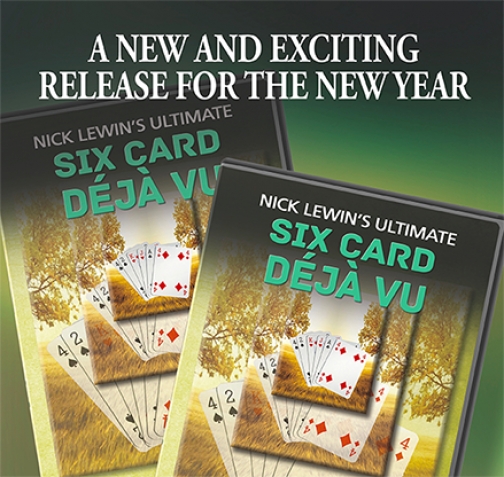 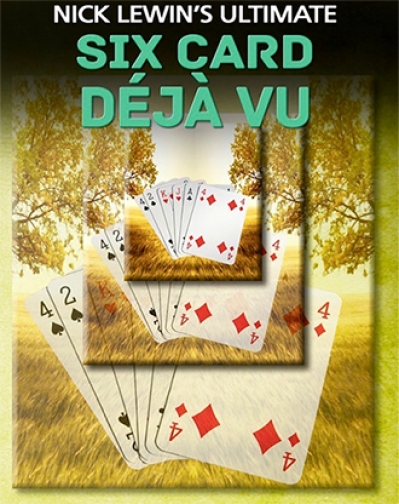 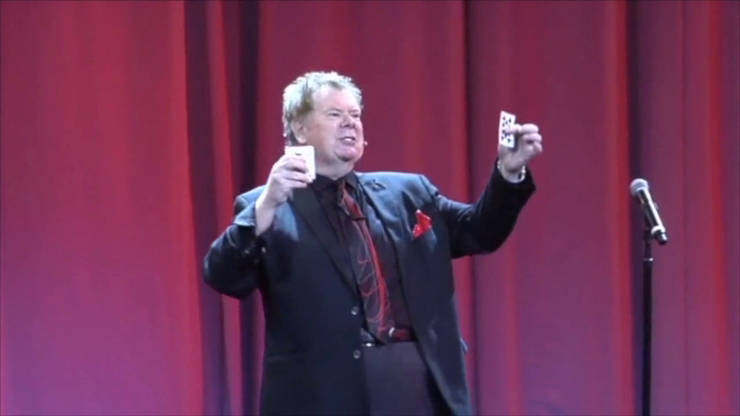 "One of the most valuable tricks that I perform is my Six Card Dèjà Vu routine. It is an adaptation of the classic Six Card Repeat that incorporates a very effective twist in the plot line. It is a feature trick that fits in the top pocket but can be performed effectively on a big stage. It is so effective that I use it to close my second show but it also makes a great opening effect. I have it in my jacket pocket every time I walk out in front of an audience."
- Nick Lewin

You will be able to add this classic to your show with confidence after a minimum of rehearsal time with the many subtleties revealed on this detailed DVD.

The package also includes the full script that Nick uses when he performs it professionally. It even includes set up cards to get you started immediately.

The routine is fast, funny and really packs a punch! As effective as performing for kids as it is for adults, this is the kind of magic that will make you a better magician and entertainer.

"Nick has been performing and refining this routine for nearly thirty years and shares every detail needed to make it as big a hit in your show as it is in his. It has been streamlined and given a twist that improves audience reaction vastly. You will be able to add this classic to your show with confidence after a minimum of rehearsal time with the many subtleties revealed in this detailed DVD."
- VANISH Magazine
Evaluations 0
Read, write and discuss reviews... more
Close menu
Customer evaluation for "Nick Lewin's Six Card Déjà Vu - DVD"
Write an evaluation
Evaluations will be activated after verification.
Customers also bought Customers also viewed
Customers also bought
Customers also viewed
Viewed