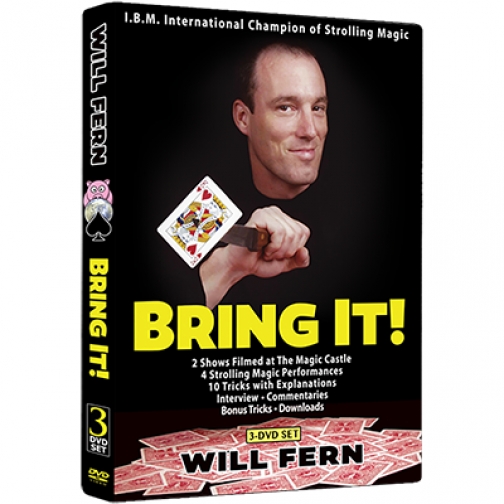 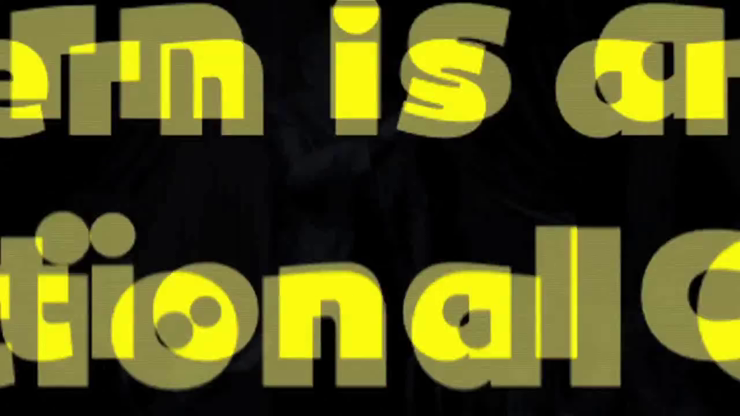 Over 6 hours of content on 3 DVD's! Includes: "Shock & Awww" - A powerful memorized deck opener that wins the room instantly.
"Through & Through" - Will's baffling handling of the timeless coins-through-table effect.
"Over & Under" - The most magical 5-phase coins across routine you'll likely ever see.
"Superhero Selections" - Eight chosen cards are revealed using superhero powers!
"The Full Cut Palm" - Invisibly palm off the top card of a deck right under their noses.
"Chan To Chanel" - A complete act where a card jumps from shoe to forehead to necklace!
"The Sentinel" - Load a signed card on a spectator's seat... easy, clean and powerful!
"World's Toughest Card Trick" - Learn a behind-the-back trick that fools magicians!
"Drop Box" - A spectator uses his intuition to find his card... ends with a powerful twist.
"Chicago Times" - Will's handling of the Chicago Opener is great for table-hopping.
"Bunny Blast" - This 6-phase sponge bunny routine is Will's time-tested crowd-pleaser!

"Will Fern lights up a room even before he enters it. He's the total package: high-energy personality, hysterical comedy, great audience interaction, phenomenal chops and highly original thinking. Add to that the fact that he is a really fine teacher and communicates his points extremely well."
Marc DeSouza

"He performs with such contagious great energy... and all of his creations have that quality built into them."
Asi Wind

"Anyone that performs strongly and prolifically is someone I listen to when they speak. The best advice comes from real world workers like them, and Will Fern is one of those guys. Magicians... pay attention."
Jon Armstrong

"I know Will's work intimately. His card behind the back will fool you badly, and his memorized deck work is first rate. Will is a thoughtful and uber-experienced worker. All of his friends are students. I'm happy to be one of them."
Bob Sheets

"This is not pie in the sky stuff. This is stuff that will uses all the time (and now, so do I), and so will you."
Rich Bloch

"I met Will Fern and saw his magic. I became his friend to learn the secrets of his magic. Now he is just giving these amazing secrets away to anyone that will shell out a few bucks. I feel ripped off. Go buy the DVDs. There is great material for real practical working conditions."
John George

"Will Fern is an exceptional performer. I have rarely seen a magician be able to entertain a crowd like him. His energy is as high as his talent. On top of being an amazing technician, Will also has a true sense of what is magical and entertaining for an audience. So listen to him, watch him closely and get ready to laugh as much as you will be fooled!"
Boris Wild

"After seeing Will in action, you'll be inspired by his innovative approach to magic. He absolutely loves what he does for a living, and his enthusiasm rubs off in spades!"
Anthony Asimov