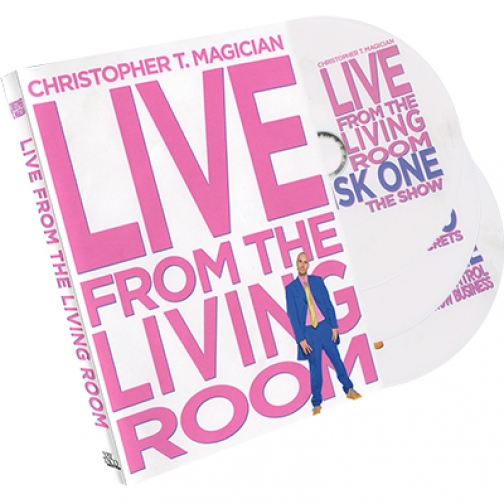 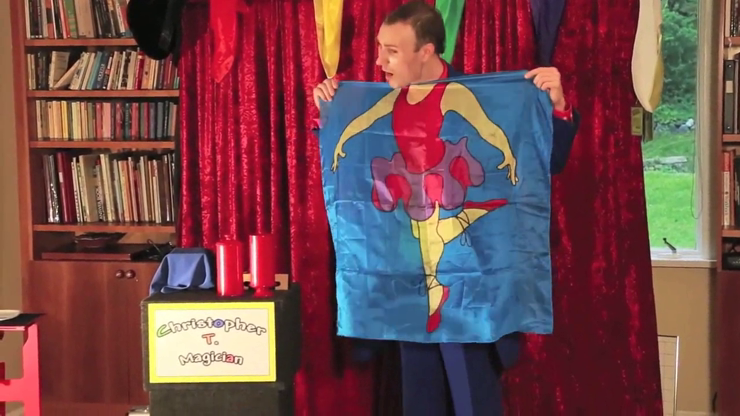 LIVE from the LIVING ROOM! It's SATURDAY AFTERNOON!

Christopher T. Magician is consistently one of the top children's entertainers in the New York and New Jersey areas. A graduate of New York University's Tisch School of the Arts and BMI's very exclusive musical theatre songwriting program, Christopher is in a level and class all his own. An experienced kid show specialist who takes his magic, comedy, and goofing around very seriously!

As a follow-up to his remarkable book, BEYOND Look, Don't See: Furthering the Art of Children's Magic, Christopher T. Magician presents, LIVE from the LIVING ROOM, a companion 3-DVD set that delivers a one-stop shop and resource for kid show magic education, inspiration, and even (quite a bit of) perspiration.

Christopher T. Magician has wowed and transformed HUNDREDS of magicians around the world with his entertaining, hysterical, and educational YouTube series, CHRISTOPHER T. MAGICIAN PRESENTS!

The DVD set features over FIVE HOURS of never before seen footage and is divided into separate sections including, The Show, The Secrets, Bits of Show Business, and Magician Control, with each section providing detailed commentary and examples of delivering a well-plotted show in real time. The end result is a group of 7 to 9 year-olds rolling on the floor with laughter.

The Show does not feature a collection of "best of" clips, but a LIVE show presented from start-to-finish, so you'll see Christopher T. in action interacting with children and seeing his Magician Control techniques in action.

Every detail of the show is explained to a "T" in The Secrets portion of the DVD and in Bits of Show Business Christopher provides a fresh system for transforming your 'string-of-tricks' type magic show into an all-out satisfying piece of magical theatre.

And finally, in Magician Control his discussion of kid control attempts to change the way magicians think about controlling children. His techniques will leave kids following your EVERY 'command' without ever giving a SINGLE order.