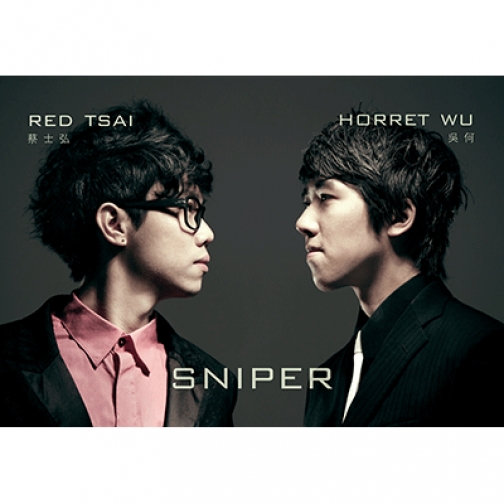 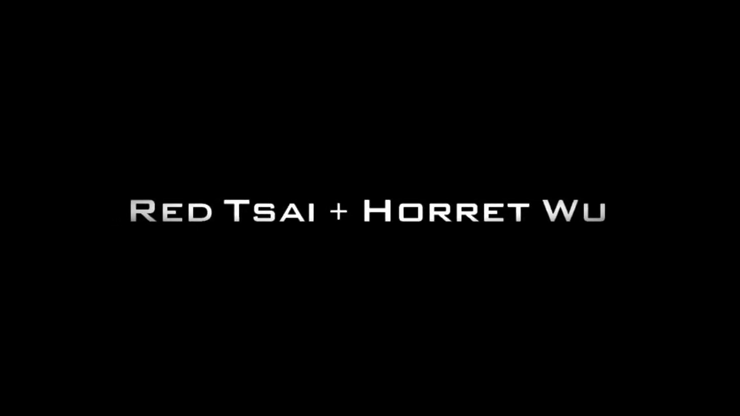 Horret Wu, an underground sleight master from Taiwan, wowed the crowd first in 2010 TMA Close-up Competition. Since then, he's one of the rising stars of Taiwan's magic society. He revives various classic sleights with creative performances. Scholarly in the appearance, but humorous in the wording, he easily gains the judges' favor. Besides the championship of TMA Close-up Magic Competition, Horret was also the winner of Italy Special Award and Japan UGM Special Award In TMA Convention 2010.

Hand in hand, these two magic talents brainstormed and brought you 8 absolutely private routines, including "Sniper" and "Assassin", which arose enthusiastic discussion around the world. The highly expected SNIPER DVD, will definitely bring you the ultimate amazement, and make your jaw dropped with its abundant ideas!

Assassin - The audience selects a card and puts it back into the deck. The magician spreads the deck on the table, and takes out a random card. The card is then shot into the spread deck, and accurately hits the chosen card.

Random Change - The magician divides the whole deck into 4 piles casually, and reveals 4 Kings on the top of each pile. The magician carries on with these 4 Kings and transforms them into 4 Aces in the blink of an eye.

Machine Gun - The magician finds out 4 Aces as the assistants, and then asks 4 spectators to select a card individually. After putting 4 selected cards back into the deck, the magician divides the deck into 4 piles, and sets each Ace behind each pile. Then the Aces are shot one by one into the piles to find out the spectators' cards.

Mind Freak - The magician asks the audience to remember one card when riffling the deck. Without extra moves, the magician immediately puts the whole deck onto the spectator's hand, and asks him/her to repeat that card silently in the mind. The magician then senses the correct answer and reveals it with a mental style. Furthermore, the selected card is reversed in the deck for a second surprise.

I hate Lu Chen's ACAAN - The audience and the magician exchange their roles, and proceed with the classic "A.C.A.A.N" routine to find out the named card at the designated position.

ITH Alone In A Crowd - One card is selected by the audience and put back into the middle of the deck. The magician turns over this middle part and it's sandwiched between the other two piles. The magician then shows off with the acrobatic-like move to reverse the middle part. Nothing done seems helpful for finding the card. However, the magician succeeds when the audience's card is found out the only one left face-up.

Marked Deck of Poor Quality - The magician asks the audience to select a card and put it back into the deck. Following that, the magician reveals the secret that a marked deck is employed. However, due to the poor quality, the marks are so hard to recognize. Seemingly having an awkward condition, the magician gives a jaw-dropping finale to reveal the audience's card.