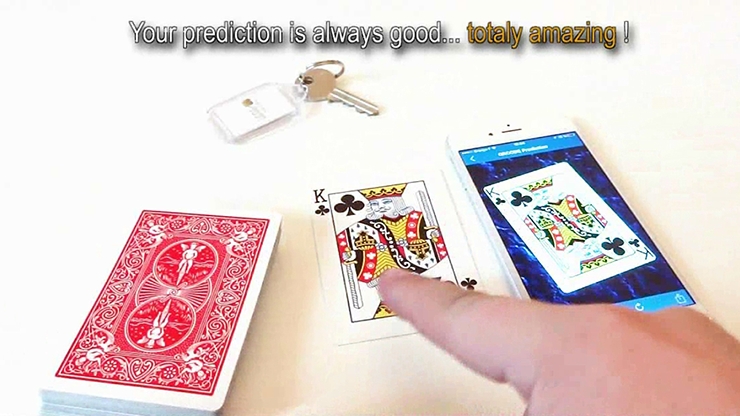 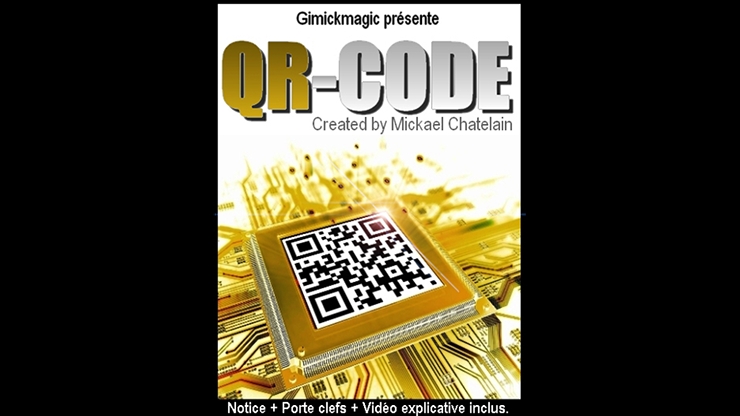 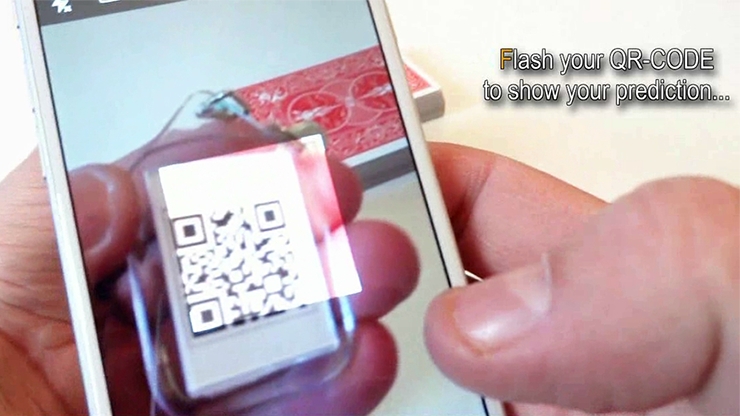 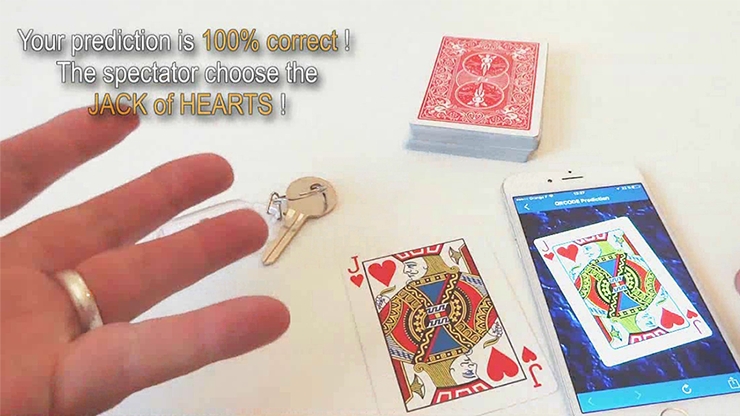 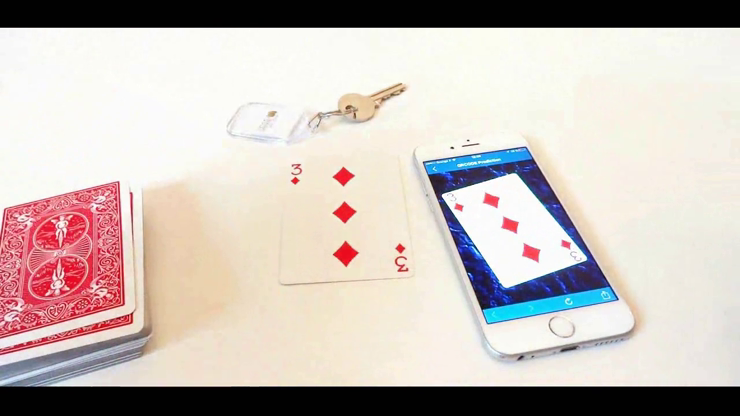 Ask your spectators if they know about QR-CODES.
Then take a key ring from your pocket and pass it around calling attention to the QR-CODE tag attached to it.
Explain that the code is a prediction!

Using either your own smartphone or a spectator's, you scan the QR-CODE! A beep is heard and a card appears on the screen of the phone - the five of hearts, for example.

In a few seconds, your spectator will choose a card and place it face down on the table without looking at it.
Admit that if the spectator chooses the five of hearts, your prediction will be 100% correct and all will be perfect.

Take out an ordinary deck of card and have it shuffled. The spectator then selects a card and places it face down on the table.

The situation is simple...
Your prediction (the keyring with its tag) has been on the table since the beginning.
The spectator's card is right next to it.

Now invite the spectator to turn his card face up.

Unfortunately, it's not the five of hearts, but rather the jack of clubs, for example.

Your spectators will start to give you grief; your trick seems to have failed.
Well, he who laughs last, laughs best, as they say. You invite your spectator to scan the QR-CODE again.
As soon as a beep is heard an image appears... a CARD... the jack of clubs!
The card chosen by the spectator! How is this possible?
It's the same keyring and the same QR-CODE as before!

Even though your spectator is already blown away, you explain that this QR-CODE has the strange property of being able to divine ANY card chosen at ANY time WITHOUT FAIL!

You don't believe it?

Explain that if you had chosen another card, the QR-CODE would have divined it immediately as well.
As you speak, you turn over the top card of the deck, the ace of hearts, for example.
Scan once again the same keyring tag, the same QR-CODE.
Once again, a beep is heard and the image of the ace of hearts appears!
How is this possible? The keyring, the deck of cards - everything is ordinary however...

Offer to repeat the experiment again and again. Each time, the QR-CODE will correctly display the chosen card without fail.
You'll be able to present this experiment all evening long with a different prediction each time. You will always have it on you to use for your keys as well as for an anytime trick for any audience whenever you wish!

Even though it's completely examinable, QR-CODE will not give away its secret!
It seems impossible, crazy even... and yet, absolutely true!

At home, on the train, at work, or in the street. Fool anyone whenever you like!
This trick, or rather, this experiment was a smash hit at the last FFAP convention in 2016. Try it. You won't believe it!