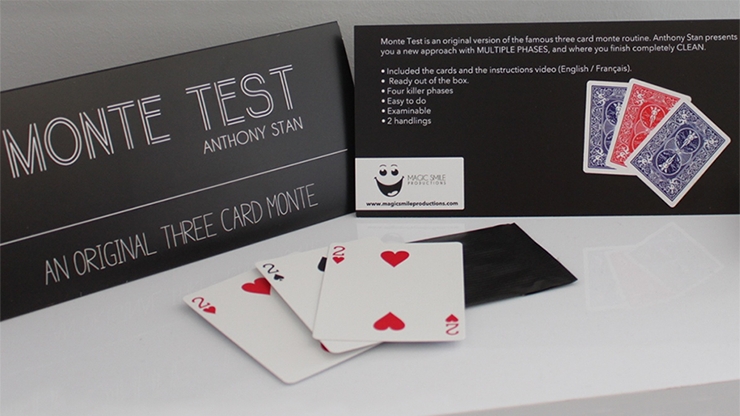 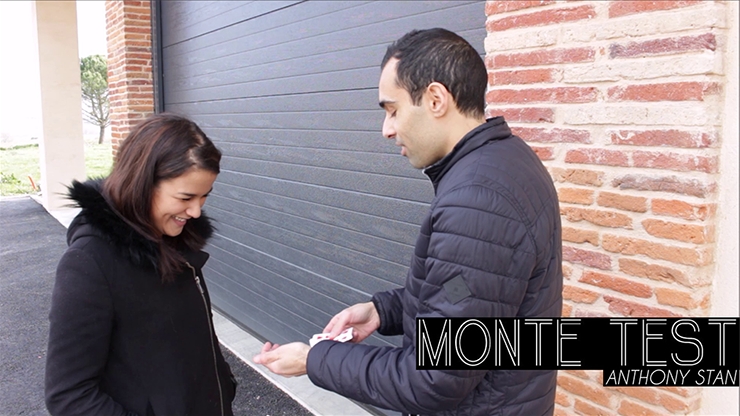 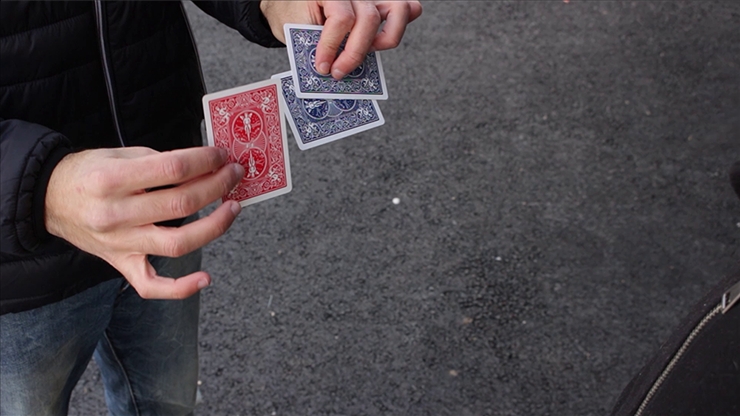 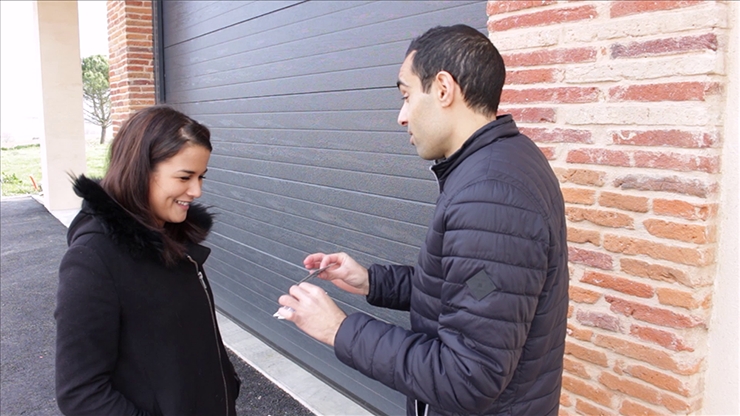 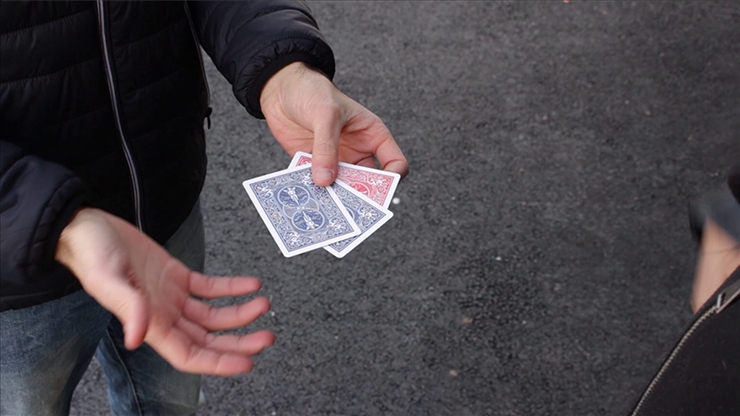 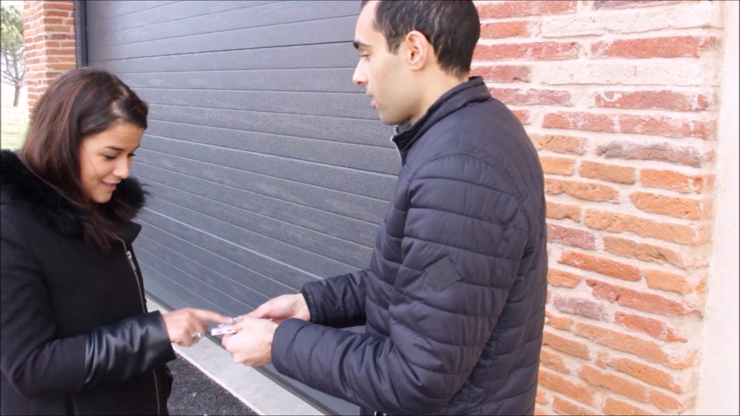 The game is simple, the spectator must find the winning card which is the different card (for example: the 9 of spades).

Phase 1: The spectator tries to find the winning card, but he is wrong.

Phase 2: The winning card (the 9 of spades) becomes red. Now, the card has a red back and it's easy to follow.

Phase 3: The spectator tries again but when the red card is revealed, it's not the winning card (for example: it's the 9 of hearts). The magician gives two other chances to the spectator but he is wrong on both of them. Then, the red backed card turns to a blue backed card once again.