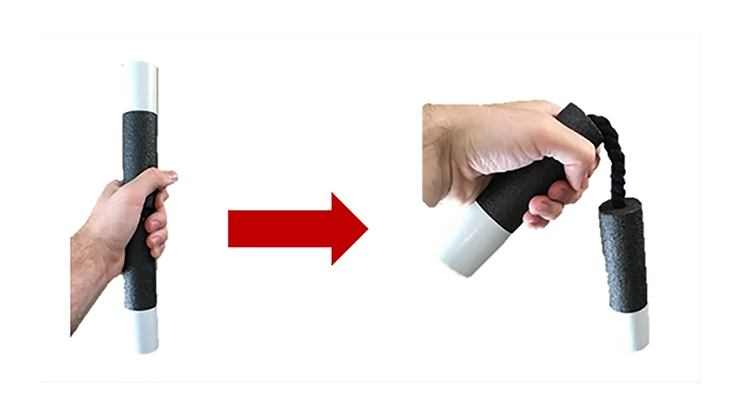 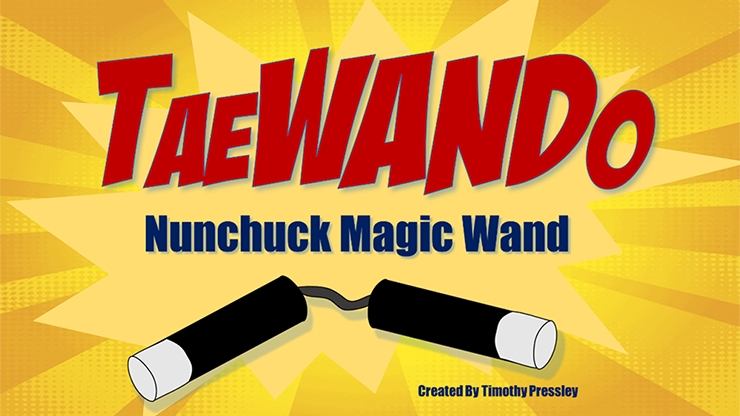 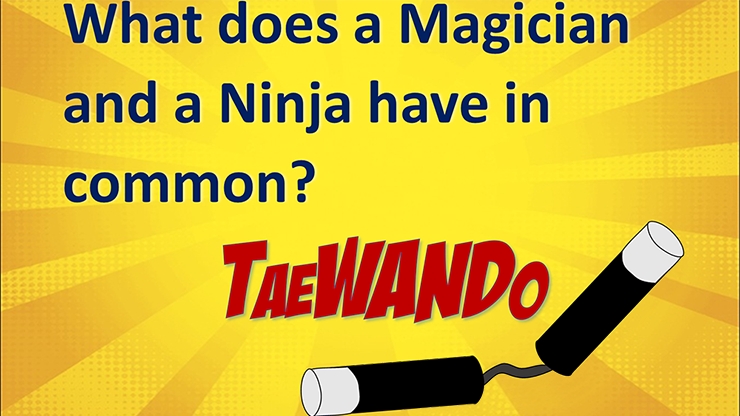 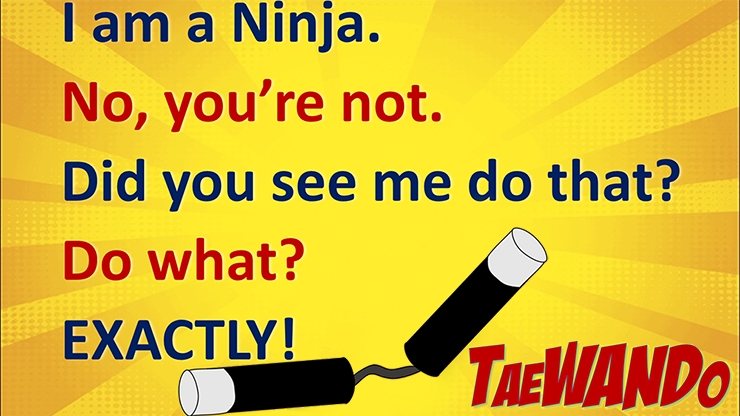 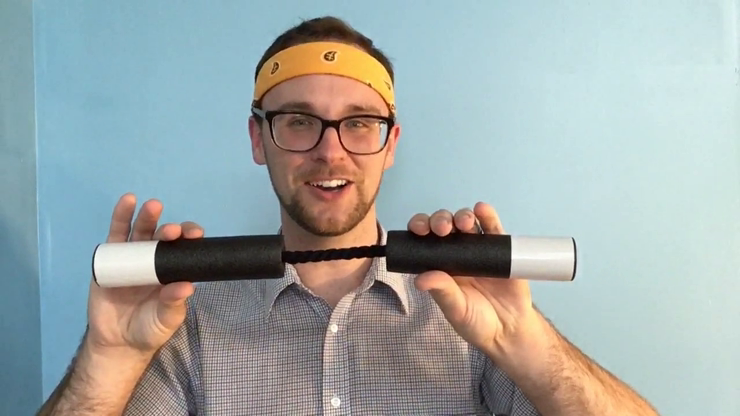 Kids already have a secret suspicion that you're a ninja, how else can you accomplish all of your tricks? Now you can confirm their beliefs.

With TaeWando, you'll prove once and for all that the hand is quicker than the eye... Ouch! As you fiercely wave the nunchuck wand before each trick, you "accidentally" hit yourself time and time again... Every kid in the audience will be rolling on the floor in stitches.

The nunchuck wand's foam construction permits you to sling it around without breaking anything or seriously injuring yourself.

Just imagine the hilarious Kung-foolery that will arise from TaeWando!

Banana Split is a three minute comedy routine where you demonstrates your ninja skills by slicing a banana without touching it. This routine has everything you would want in a children's magic routine: a simple plot line, audience participation, one liners and physical comedy, and an impossible feat of magic that requires no skill allowing you to focus on the presentation.
Evaluations 0
Read, write and discuss reviews... more
Close menu
Customer evaluation for "TaeWando by Timothy Pressley - Trick"
Write an evaluation
Evaluations will be activated after verification.
Customers also bought Customers also viewed
Customers also bought
Customers also viewed
Viewed