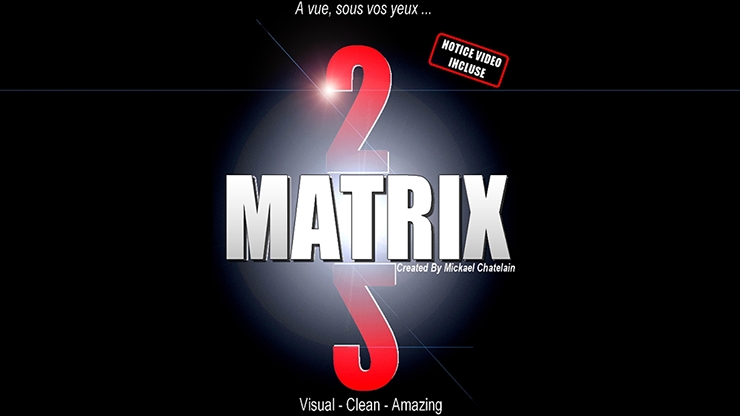 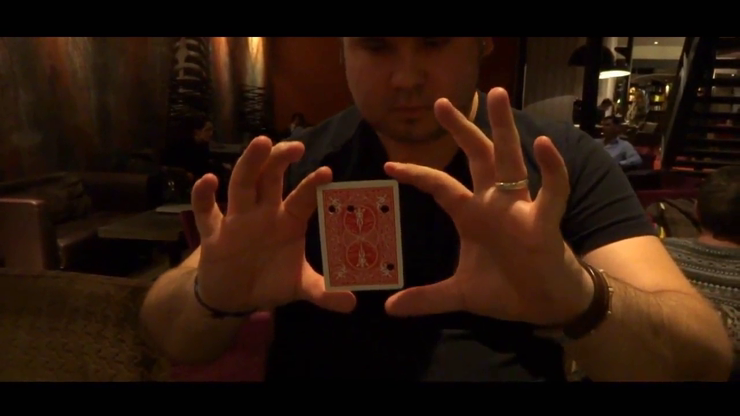 Illusion? Reality? Wave your hand behind the card to prove that the holes are NOT an illusion! They are REAL! Do it again, holding the card as before. The spectator himself can decide when the second hole will move. At his command, the second hole moves to join the others, forming a perfect alignment of four holes across one end of the card.

How is this possible? The fact that you don't move a muscle as the hole moves only amplifies the effect. At the end of the routine, the card can once again be examined.

Let's emphasize the following points: No glue! No suspicious moves as you control the moving of the holes. No illusion, the holes are REALLY there! Easy to do. You will master the secret in ten minutes and even fool yourself in front of a mirror! A creation of Mickael Chatelain!!
Evaluations 0
Read, write and discuss reviews... more
Close menu
Customer evaluation for "Matrix 2.0 (Blue) by Mickael Chatelain - Trick"
Write an evaluation
Evaluations will be activated after verification.
Customers also bought Customers also viewed
Customers also bought
Customers also viewed
Viewed