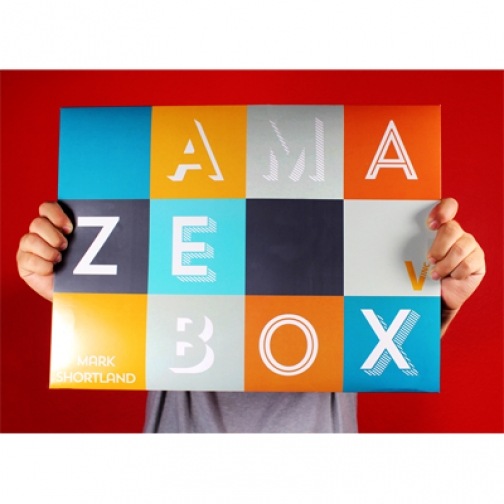 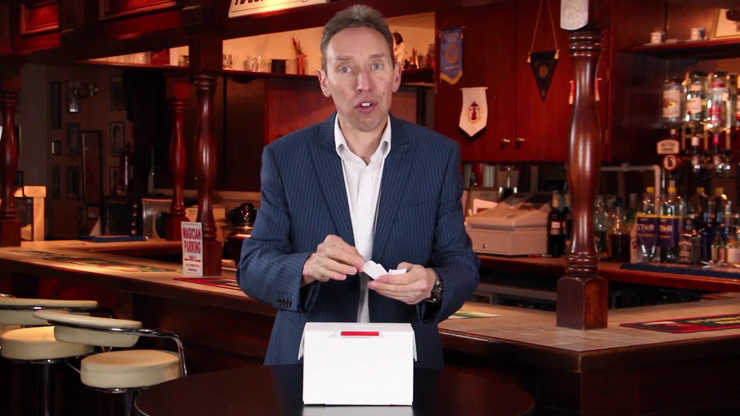 Imagine this: you ask everyone in the audience to write down their favorite song (or first kiss, or three-digit number, or whatever you want) on a slip of paper and drop it into the cardboard box at the foot of the stage. The box never goes out of sight and (truly) nobody touches it. During your show, you invite a spectator to approach the box and open it, then reach inside and remove any slip at random. In the act of opening the box, the spectator unknowingly switches all the audience's papers for an entirely different batch of slips you prepared in advance. Use this to force a favorite song or number or celebrity name. THEN, you can use the information written by the spectators later on in the show.

Mentalists will immediately identify the many, many opportunities this little box affords. It's as light as air, can be decorated or repurposed in any way you like, and is quite possibly the only effect we've produced that is easier than easy. The spectator switches the papers. You don't even touch the box.

We're absolutely thrilled with the ingenuity of this incredible little box, and the way the box is designed and folded makes the switch automatic. It's impossible to fail and, we think, impossible to figure out. The fun, toy factor is undeniable, but true professionals will find this piece invaluable. We are grateful to the creative Mark Shortland for working with Vanishing Inc. Magic on this exciting new release.

"Mark Shortland has created an ingenious and devious solution to an age old problem. Natural looking, hands off in operation and simple to use; this might well be exactly what you are looking for."
- Luke Jermay

"AmazeBox is enormously practical, and is as ingenious as the best Tenyo effects, but built into a stage prop that looks entirely normal"
- Joshua Jay

"I've never been so excited for a magic utility device in my career!"
- Kyle Marlett