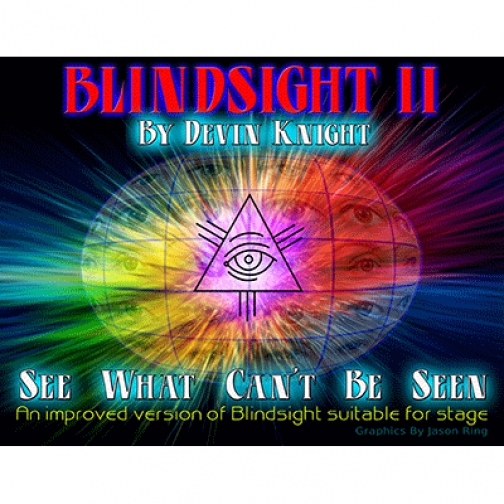 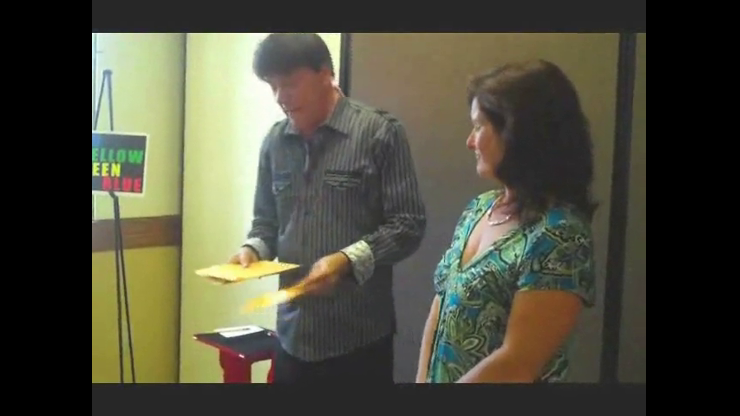 For a climax, the performer opens each envelope and shows that the participant has successfully used Blindsight to correctly determine which color was in each envelope. The performer has the participant pick up the envelope he set aside and remove the colored card. Assume it is yellow. Obviously, it matches the color written on the envelope because the other three were correct.

This is pretty amazing in itself, but the real kicker is yet to come. The performer states that nobody could have known which envelope and color the participant would set aside. The performer shows the back of the chart (which has been in full view) containing the list of colors. The back of the chart has printed on it: YOU WILL SET ASIDE YELLOW. This makes for a stunning climax that can be seen from the largest stages.

LOOK WHAT THE PROS ARE SAYING:

"Thought of as being an underground thinker with much intrigue, Devin Knight has created a solid piece of entertainment with Blindsight 2."
- Banachek

"I was impressed enough to say the original version of this was the best effect I saw at Mindvention. Now, a few years later, this version, a parlor/stage version of the original, is still as impressive."
- JHEFF

"Devin Knight's Blindsight 2 is an awesome effect. The thinking behind it is devious. This is something that packs flat... and plays BIG! Very colorful too. It makes for an eye pleasing presentation, as well as a mind blowing experience."
- Tom Craven