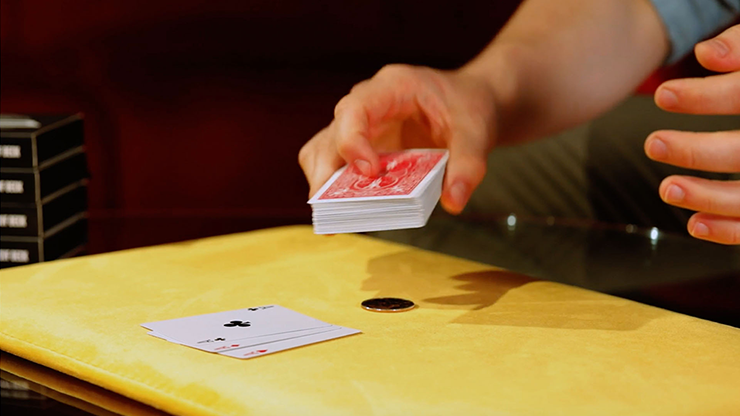 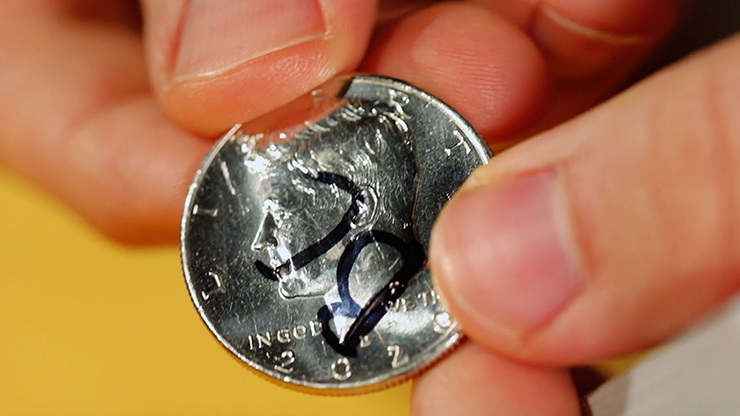 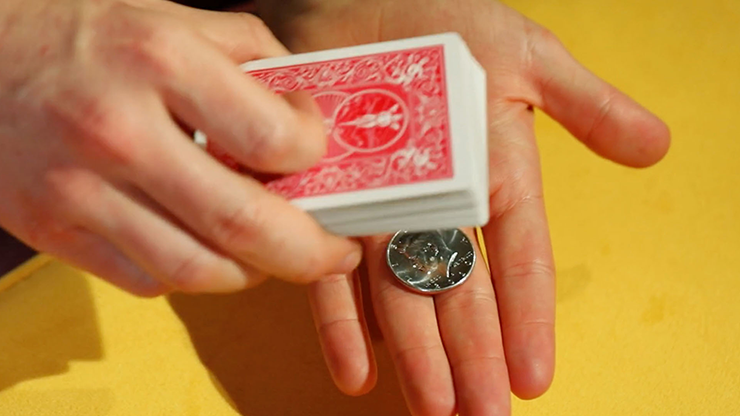 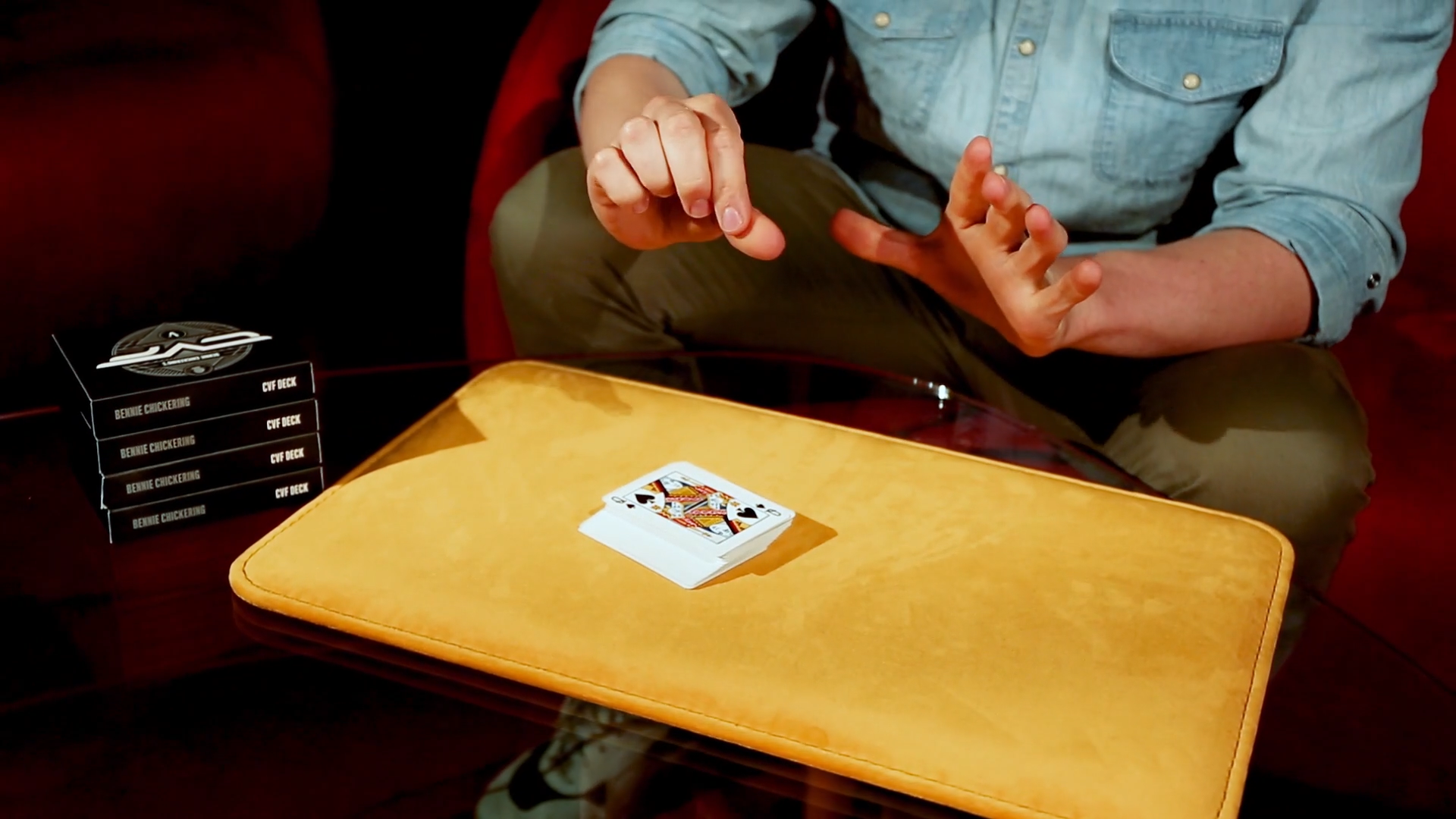 A totally self-working, incredible deck that allows you to easily perform a genuinely eye-popping miracle.

It begins innocuously enough. A card is freely selected, signed, and lost in the middle of the deck. You then bring out a coin and get that signed too. Place the coin on a table, or your hand, or even their hand and tell them not to blink. You tap the deck onto the coin, and in an instant, it vanishes. You don't even touch the coin. You then cut the deck in the centre, and show the coin nestled above one card... the selection. The coin has performed two miracles. Vanished, and then found the selection.

You'll not only get the incredibly clever gaffed deck, but you also get crystal-clear video instructions. People often put this in the verbiage for a magic trick, but you really will be performing this in minutes after watching the video. The deck does everything for you, leaving you free to enjoy helping the spectator pick their jaw up from the floor.