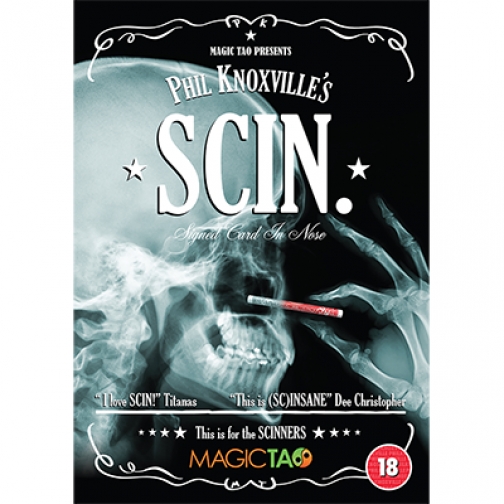 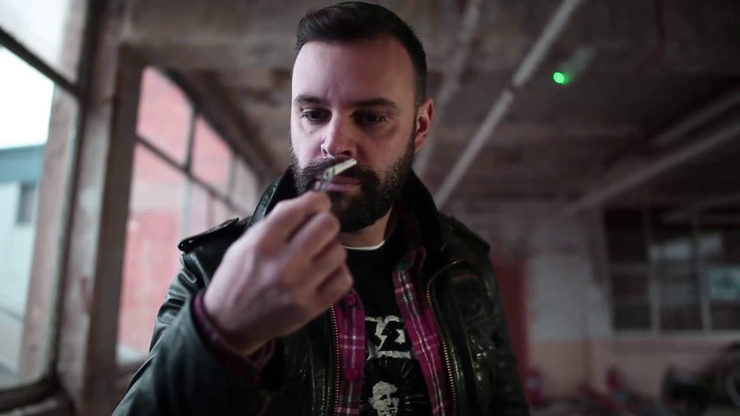 WARNING: THIS EFFECT SHOULD NOT BE SOLD TO OR PERFORMED BY ANYONE UNDER THE AGE OF 18. THIS DVD IS FOR REFERENCE ONLY.

This is for the SCINNERS

A card is selected from the deck, signed and returned. You lose the card in the deck and ask your volunteer to visualize their card, you then ask them to push card into your head. You take a pair of tweezers and begin to pull the card out of your nose. Simple. Brilliant. Original and just a little twisted. It looks like real magic because it is real.

Phil Knoxville reveals his methods to achieve this devious and shocking effect, with both a Geek Method (Phil's preferred presentation) and a method that uses only sleight-of-hand, all taught in detail on the DVD. The DVD also comes with sample gimmicks and instructions on how to make your own refills.

"Phil Knoxville, a rock star in every life except this one - so he's settled for being a comedy magician that rocks instead. I have seen SCIN performed up close and personal. I was amused, mystified and disgusted all at once!"
Anthony Jacquin

"This is (SC)INSANE. Phil has breathed new life into a classic geek effect here, creating a piece of disturbing and hilarious magical theatre. I can't wait to try this out myself!"
Dee Christopher