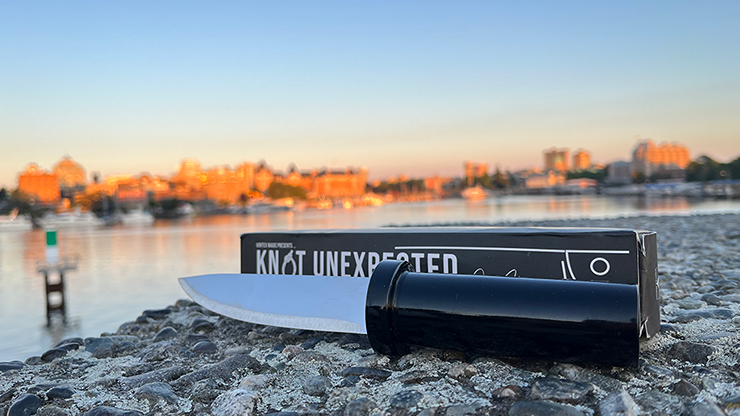 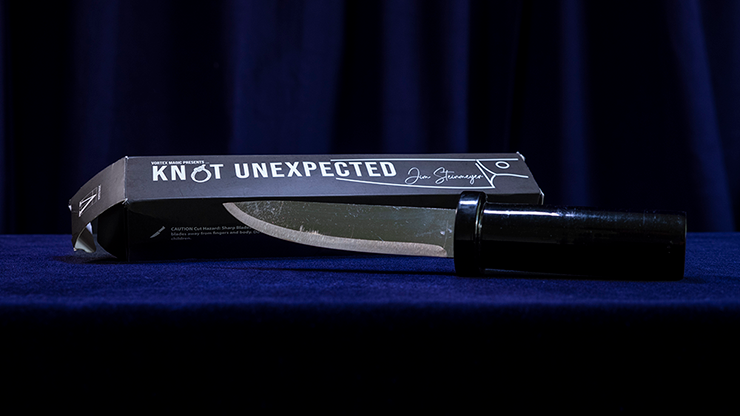 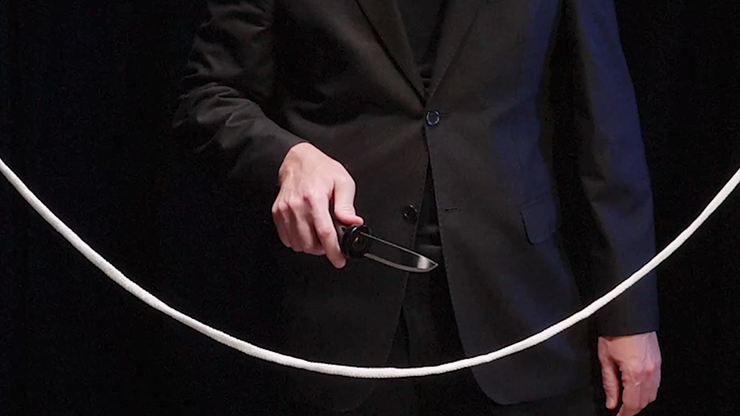 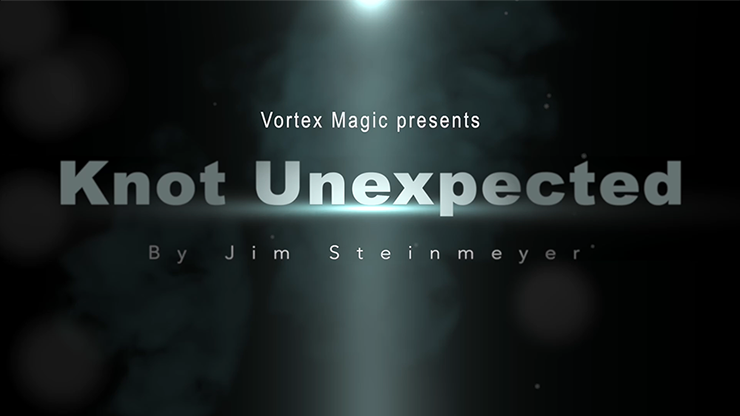 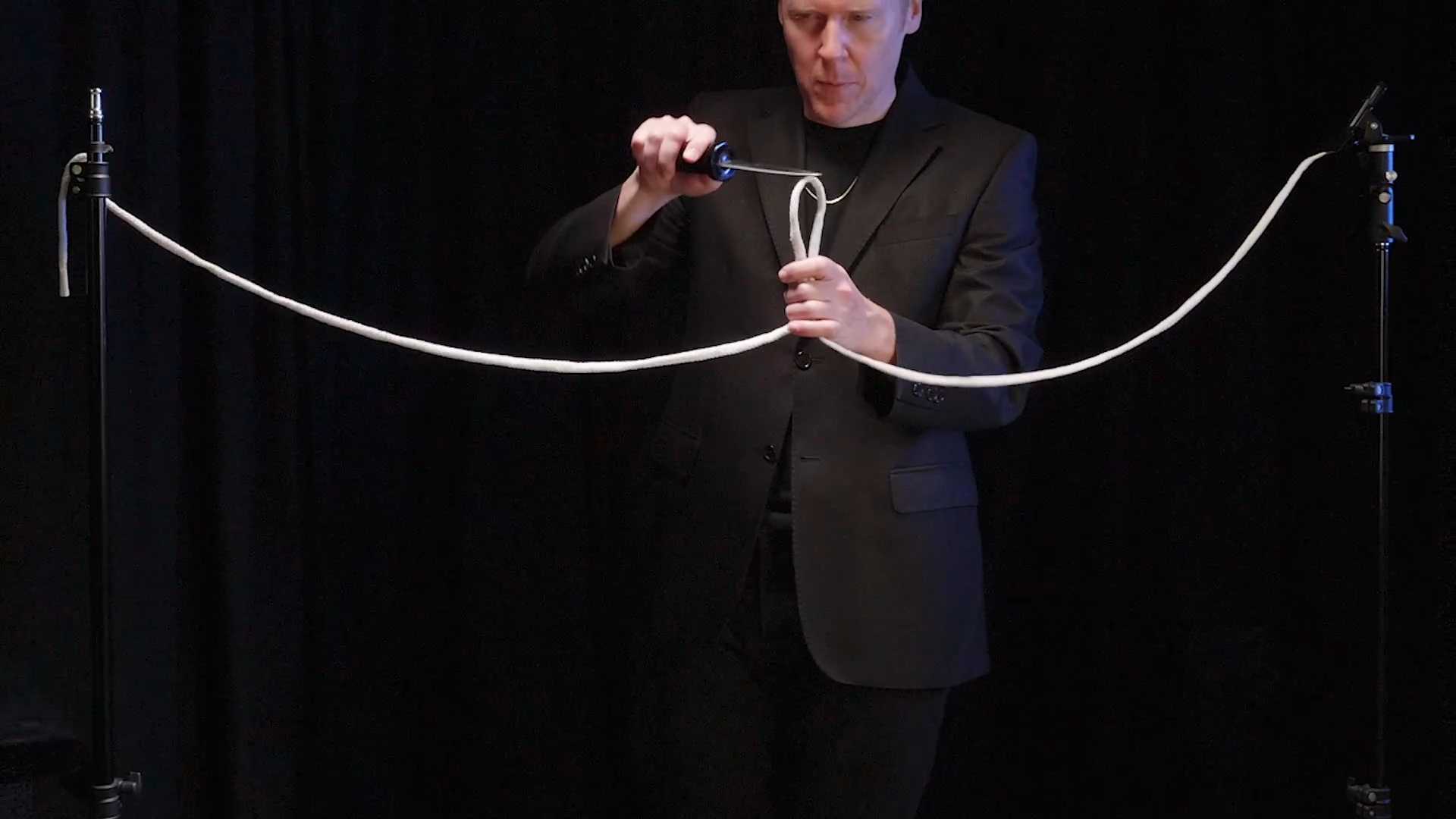 Jim Steinmeyer is considered one of the most creative thinkers in magic, and Knot Unexpected shows why this is. After Doug Henning's performance of the 'moving knot' on his television special he reached out to Jim to come up with a method that was more practical for his touring show. Jim created Knot Unexpected. One of the most practical and deceiving versions of the cut and restored rope.

In the past other versions were sold but they never matched the ideal knife Jim had designed. They were either too small and couldn't hope the rope or were cheaply made and wouldn't cut the rope. Vortex Magic has spent over two years designing and having prototypes made to get the perfect knife for this illusion. This looks and feels like a real knife and will easily cut the rope. You can now perform the moving knot and cut and restored rope with confidence and ease using any piece of rope.

The Effect: Two audience members hold a length of rope, a spot is selected somewhere near the center of the rope, the slack is taken up, and the rope is OPENLY cut in the center. The magician then takes the newly cut ends and ties them into a knot. S/he then slides the knot along the rope freely. Sliding the knot near one end, the magician unties the knot, leaving the bewildered spectators holding two uneven lengths of rope. No trick ropes, very visual, no magnets to worry about. Pure Jim Steinmeyer genius!

Comes complete with the special knife and a download tutorial