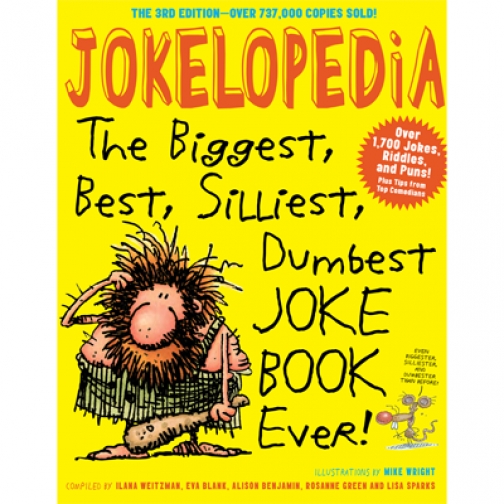 Jokelopedia, Third Edition, is an all-encompassing, gut-busting collection of more than 1,700 kid-friendly jokes, tongue twisters, riddles, and puns. The perfect gift for incurable jokesters, class clowns, comedians-to-be, and aspiring ventriloquists-not to mention the quieter kids who still love a good laugh-it features doctor jokes, robber jokes, teacher jokes, why-did-the-chicken-cross-the-road jokes, light bulb jokes, movie star jokes, gross-out jokes, vampire jokes, and elephant jokes. Plus, it has the classics, fresh variations on the classics, and jokes with nothing classic about them. And all jokes are organized into categories for easy reference.