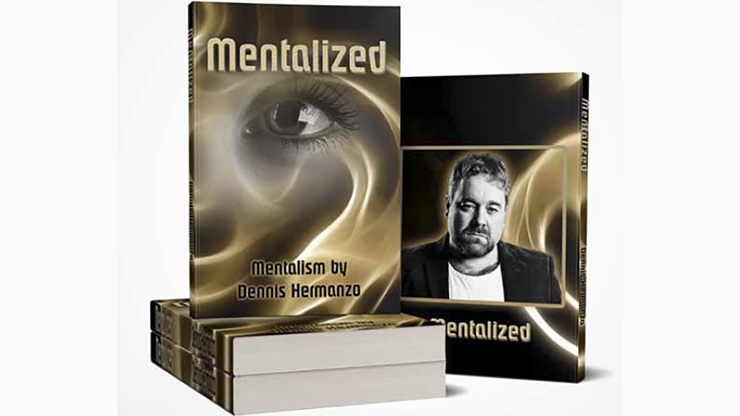 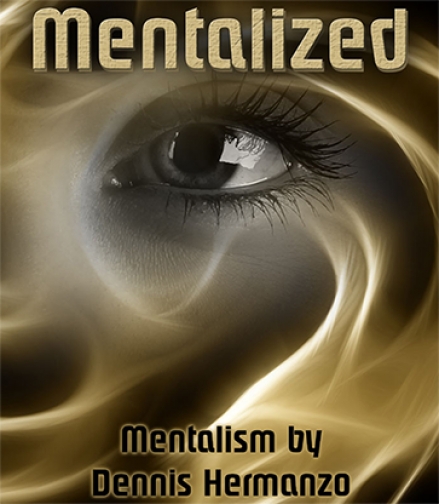 "Kudos to Dennis for putting the emphasis on classical routines. Like a good gourmet chef, Dennis has achieved momentum in cooking up powerful, hard-hitting, high-pact mentalism routines."
- Neal Scryer

"I'm really impressed by Dennis Hermanzo's new book, Mentalized! In this work, you will find new takes on well-known principles. These routines are very well staged and of big entertainment value!"
- Luca Volpe

"In his second book, Dennis has adapted further brilliant principles from some of the best in our community. Mentalized is a beautifully produced and illustrated large-size book, with practical, creative, and diabolical material that you will easily fit to your own style of performing. Not only is this a great addition to any discerning mystery performer's library, but one that you will likely find yourself referring back to."
- Steve Drury (Co-Founder of PSYCRETS British Society of Mystery Entertainers)

If you are a mentalist who loves fancy gimmicks - new groundbreaking principles or sleights - this book is not for you! But, if you want a book for mentalists that is practical and features audience-tested material-this is it!

Mentalized features 16 powerful routines all based on classical principles in mentalism. No pipe dreams here! No expensive apparatus needed. All easy to carry. Simple yet powerful effects. Everyday items used. Strong personal and direct effects. This stuff will hit your audience hard!

Learn to use verbal intelligence to achieve minor miracles with a minimum of props. This book includes effects/routines for stage and close-up alike with: blindfolds, predictions, telepathy, intuition, mind control, a killer addition to any book test, and two effects containing roses that will produce a deep, emotional impact on your female audience members. Dennis's versions of how equivoque should be done, routines where the mentalist apparently is in danger and where the spectator makes all the choices (yet the performer is in no danger at all). All in classical mentalism style. All the routines featured within provide clear instructions and understanding of what is needed (the set-up and execution, etc.).

You also get some small essays about Dennis's views on mentalism and what to do before, after and when you hit the stage!

Here are the chapters in the book: Hardbound featuring 231 pages chock full of illustrations, images, photos, and content. Edited by: Bill Trotter. Published by Stevens Publishing 2017.

About the Author: Dennis Hermanzo is a Danish mentalist and musician in his forties who has been a mind-reader for more than 20 years. For those who have never heard of him previously, there is a very good reason. Dennis made the decision early "not" to venture into the magic fraternity or art. That is why, to date, he is not a member of any free online forums. Neither is he a member of magic clubs because he doesn't perform for magicians-only lay people. Last year, Dennis enjoyed the successful release of his first book - Mentalism From Copenhagen - which was distributed worldwide. It was received with great enthusiasm from amateurs as well as professional mentalists! This is his second release in the art of mystery.
Evaluations 0
Read, write and discuss reviews... more
Close menu
Customer evaluation for "Mentalized by Dennis Hermanzo - Book"
Write an evaluation
Evaluations will be activated after verification.
Customers also bought Customers also viewed
Customers also bought
Customers also viewed
Viewed
Trusted Shops Reviews Toolkit: 1.1.7