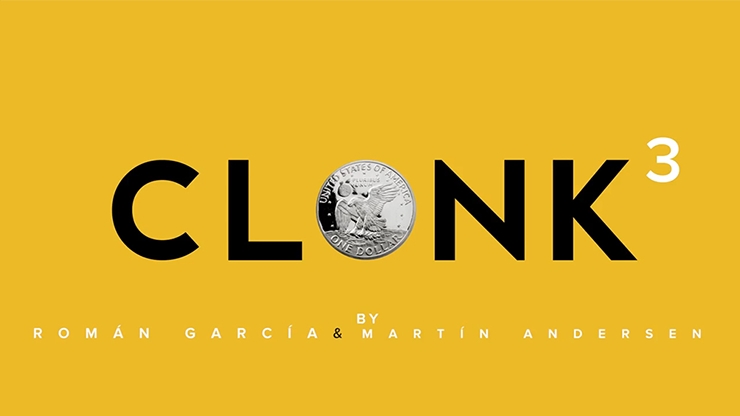 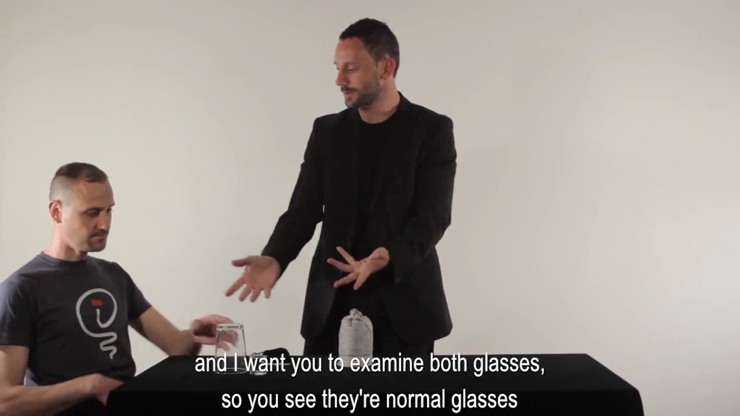 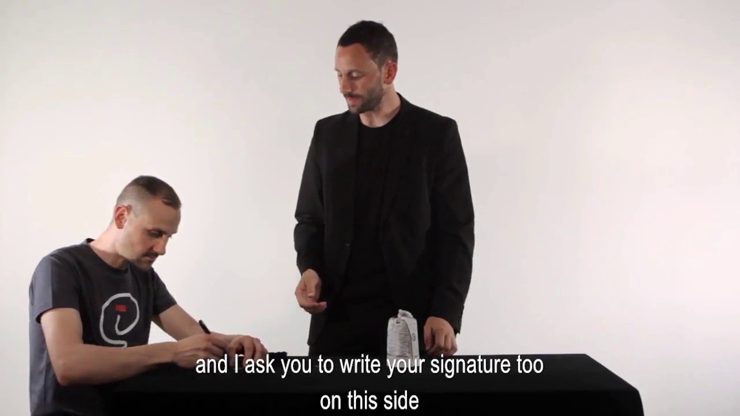 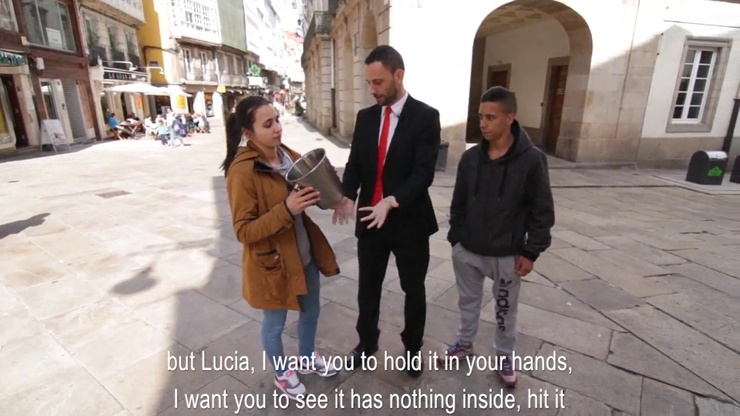 Clonk³ is a magic trick in which three coins magically travel (one by one) to a bucket that is held by a person's hands.
Every time the coin reaches the bucket, people will hear a coin is dropped inside the bucket.
It's not a sound effect, the coins really appear inside!
The last coin, which was signed by the spectator, also travels to the bucket and at the end the three coins are found inside the bucket.
Shocking and impressive...

Clonk³ is quite an experience and the audience will remember this magic trick forever.

With Clonk³ you will have access to four complete routines all with different handling's. You can perform the one that best suits you, or create your own routine!

In trailer section you can see Clonk³ performed by a famous magician on prime time television in Spain. This routine is not included on the explanation videos, but you will notice how versatile the gimmick is and the routines you can create.

"Fantastic! A perfect 'miser's dream' trick. The best part is the magic trick is performed in the spectator's hands!"
- Juan Mayoral

"All magicians who have done the miser's dream trick have wanted to get rid of the bucket, but finally we can do it thanks to Román García's ingenuity. Thank you so much."
- Miguel Ángel Gea

"Business could be magical, magic could be creative, and creativity could be memorable. We can find all of these attributes in Clonk³, for the price of one. Thanks Román for being creatively commercial and memorably magical."
- José Castiñeiras

"If the best copenetro version and miser's dream had a child, it would be Clonk³."
- Kiko Pastur

"For STREET guys I can't think of no other or better way to quickly get a crowd over and over. You can hear the CLONK like a Liberty Bell!"
- Jonathan Todd

FAQ Clonk³ is a versatile magic trick that you can perform in a crowded place. Theater, street, close-up, etc. You can perform this magic trick at any place. You can adapt this magic trick in any situation according to your magic routine. For stage version, the most suitable would be dollar coins like the Eisenhower dollar coins. This type of coin can produce a thunderous sound, so the audience can hear it when the coin is dropped inside the bucket. In a close-up version, the most suitable would be half dollar coins like the Kennedy ones. Clonk³ can be performed with both types of coins. In fact, you can use any type of coin that is smaller than Eisenhower size (38.1mm / 1.5in diameter, 2.54mm / 0.1 in thick) but magnetic coins are not recommended as they can get stuck to the gimmick. Coins are NOT included. You can use any bucket for Clonk³, even your own! But one is provided is very nice and makes a great sound when the coins drop inside. Yes, the magician can control the trick at any moment and make each coin appear being far from the spectator, without any help, and hands are always visible. Yes, you can create your own routines, develop new and magical miser's dream versions or close-up versions (similar to a copenetro trick, but without a table or any platform) in which you can show the coins any time the coin travels to the bucket. You can even use a spectator's ring... Your limit is your imagination... You get the special gimmick and the bucket. You can use your own coins.
Evaluations 0
Read, write and discuss reviews... more
Close menu
Customer evaluation for "Clonk 3 by Roman Garcia and Martin Andersen - Trick"
Write an evaluation
Evaluations will be activated after verification.
Customers also bought Customers also viewed
Customers also bought
Customers also viewed
NEW
GRAVITY REEL TOE SWITCH by Joao Miranda...
€39.95 *
NEW
Ultimate Nervous Breakdown 2.0 (Gimmicks and...
€87.95 *
Viewed