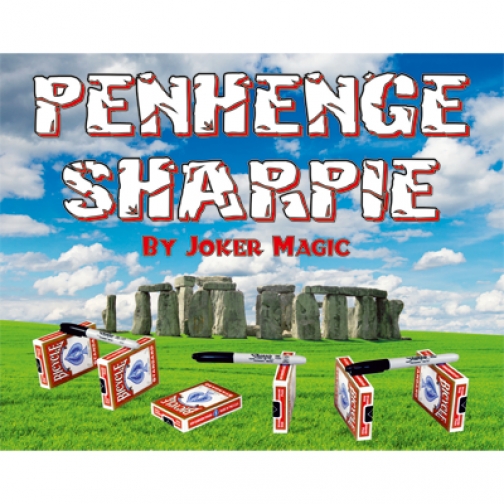 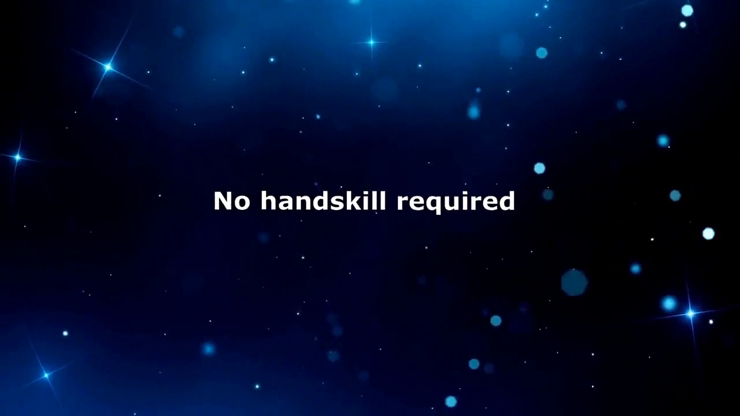 Everything can be examined! You can also write with the Sharpie!

The magician tells the audience that he recently visited the 4500 year old Stonehenge in England.
Those huge blocks of stone stand vertically in pairs (he demonstrates this by putting two decks of cards on the table on their sides) and are connected horizontally by a third one - he lays the Sharpie on the decks.

"To this day, scientists are discussing why the stones were put together this way. I have been thinking a lot about it too! I believe there is real magic behind it. According to a chronicle from the 12th century, the blocks were brought to their current place from Ireland on the orders of Merlin, the wizard. It happened somehow like this!"

Then he removes one of the decks from underneath the Sharpie. It stays horizontally in the air! He slides his hands under and above the Sharpie, nothing is keeping it in the air!

The magician hands everything to the audience, so they can examine and try them like good scientists. The audience never succeeds in making the Sharpie float in the air, it is a completely ordinary item, they can even write with it!

An ultralight accessory tool helps to reset the trick automatically and undetected.